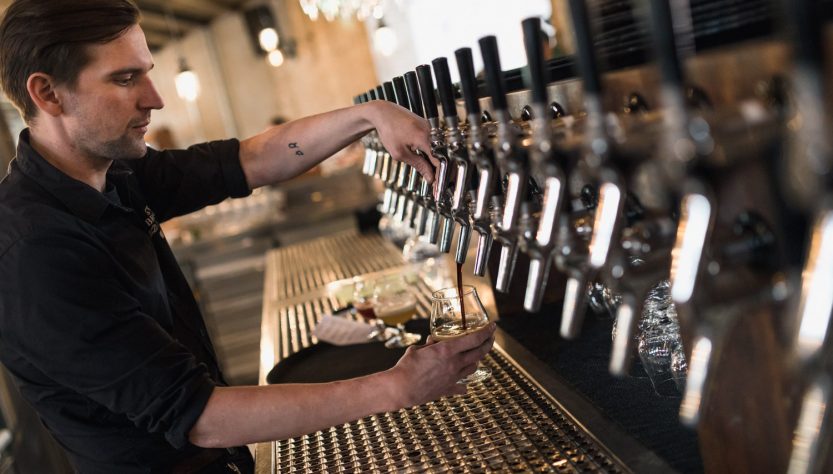 There are a lot of people out there that really look forward to the weekend after putting in a hard five days work. One of the first things that people look forward to is getting their hands on a glass of cold beer, but we are kind of restricted with regard to the locations that we can enjoy a libation or three. We could go to the local pub, but the price of beer nowadays is extremely high and it wouldn’t take you long to get through what’s left in your wallet. The other option is to go to the local beer store and buy your beer there. You can then take it home, fire up the barbecue and invite some friends and family around.

However, although this is a lot more affordable, there are ways that you can get better tasting beer for almost half the price that you would normally pay in your local supermarket or off-licence. Many people now are turning to brewing their own beer at home and it’s providing them with fantastic results. If you have been thinking about starting this fantastic pastime but you’re not sure if it is a right decision to make, then hopefully the following benefits will help you to move of that fence and make the right decision.

* You don’t need much equipment – Many people start with brewing just a small batch of beer like 1 gallon, and so all they need at that point is a stockpot, a fermenter and some kind of sanitising solution. There is other equipment that you can buy later like gas bottles for a beer, but for now you have enough to get you started.

* You don’t need much time – When you get started, it will take a little while to figure out the whole brewing process and what it is that you need to do. However, after a time when you’re experience increases, then you should be able to brew a batch of beer in no time at all. Many people have gotten the whole brewing and bottling process down to under four hours, and so it’s quite possible to brew your beer on the Friday before the weekend.

You won’t be alone in your endeavors because there are many other beer brewers out there who are thinking exactly the same as you are. There are numerous online sites to put you in touch with many like-minded people and you might even just make some friends for life.