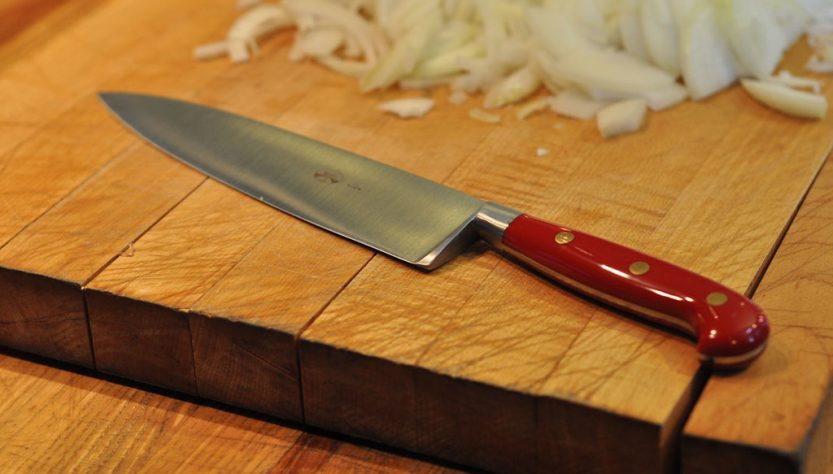 There are different styles of kitchen knives and various sizes for each one. Therefore, it is not surprising that people have a hard time trying to figure out which ones to get. When you are getting started, buying a knife set can be tempting, but you won’t really use every knife in the set. Hence, it is best to get the knives that you will actually use and some of the main ones have been highlighted by Ido Fishman below:

No kitchen will ever be complete without a chef’s knife. You can find them in different lengths, ranging from 8 inches to 12 inches. If you are just getting started, Ido Fishman suggests that you get a 10-inch chef’s knife. Also known as a French knife, there is a long, triangular blade that makes up a chef’s knife, which has a slight curvature. It can be used for slicing and chopping, along with carving a turkey and slicing roasts.

In Japanese, the word Santoku means ‘three virtues’ and this means that the knife is good for chopping, slicing and mincing. This knife has an edge that’s thinner than the chef’s knife and is available between lengths of 5 and 8 inches. Hence, this knife can be used for more precision work. An 8-inch Santoku knife can be used for 90% of your kitchen tasks, such as slicing cooked meats, chopping vegetables and even taking a chicken apart. You should ensure that the Santoku knife you get fits in your hand easily. Moreover, you may also want to buy two of these knives; one that has a standard edge and the other that has scalloped Granton edges that can prevent sliced foods from sticking to it.

According to Ido Fishman, you can deal with any task involving slicing a bread with a serrated bread knife and it also has some other uses. You can use it for carving a turkey, or slicing holiday roasts. You can also use the serrated blade for slicing items that have tough skins, such as tomatoes. When you are getting this knife, opt for the longer blade, one that is almost 14 inches. You can also use this knife for splitting and leveling a cake.

Having a paring knife may not be strictly necessary because a Santoku knife can be used in its place. However, if you have to do extremely fine peeling, or you have to cut tiny wedges, then a paring knife can be immensely useful. As they are quite inexpensive, there is no harm in investing in one. You can also find scalloped and serrated versions of this knife that have different tips.

A knife that has a thin and flexible blade for separating large muscles from their bones is called a boning knife. Culinary students usually have this on their equipment list, but Chef Ido Fishman believes it is not one that everyone needs to have. Unless you bone out regularly, you shouldn’t spend your money on such a knife. There is a similar knife that’s known as a fillet knife, which has a thinner blade because it is designed for being used on fish.

A massive hunk of a knife, a cleaver has been designed for dealing with heavy tasks, such as chopping through chicken bones. The immense weight of the knife is to help it providing the tremendous force that’s needed for heavy-duty tasks, including chopping through chicken bones. Similar to the boning knife, Ido Fishman says that it is not needed by everyone. You should consider its uses before you invest in this knife to avoid wasting your money.

You can go over this list of the main types of kitchen knives highlighted by Ido Fishman and buy the ones that appear to be necessary and avoid throwing away your money on the rest.